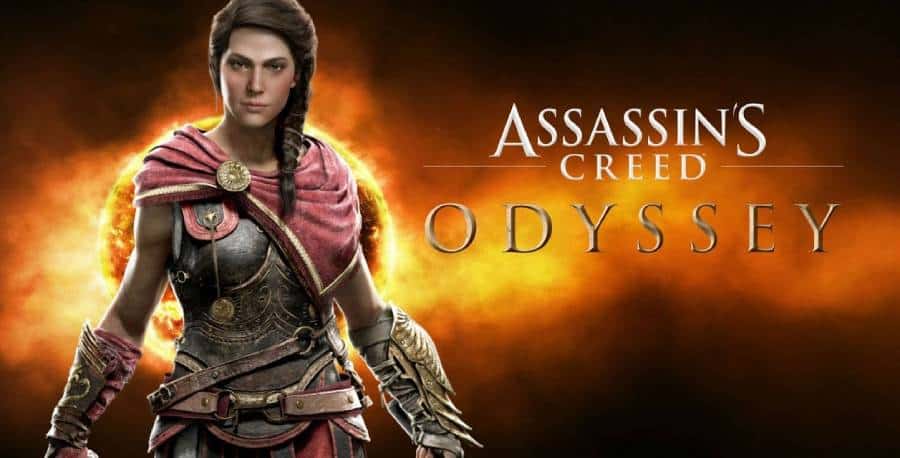 Assassin’s Creed: Odyssey gives players many options to choose from and each choice has its own benefits and consequences. You must know to make the appropriate decision when you confront a certain character or situations but if you fail to analyze the situation and make a bad choice it may result in some serious consequences.

Since this action role-playing game can be very challenging it is important for each player to understand the assassin’s creed odyssey choices and also its consequences in order to proceed in the game.

Here is a guide for all the players out there to better understand each choice and make the right decision to avoid getting killed.

Choices and the consequences in the Assassin’s Creed

Here is a list of choices and its consequence which will guide the players to play better in this role-playing game:

The ac odyssey blood fever quest also gives you choices and is the side quest in the Kephalonia which is the starting part of the game.

The area is filled with people who are infected with the disease and you are left with the choice to either stop the villagers from escaping and let them free.

The choice has a consequence too and you have to be careful while choosing the right way to lead the game to the best ending since only good choices will have positive results.

Choices in the blood fever quest

Stop the villagers from escaping

Let them escape to Greece or other countries

Duris has not returned the money that he has borrowed from the merchant and you have the choice of asking the money or just forgive him.

As usual, both the choices have their own consequences and the best choice will lead to a great ending plus you may also win some rare weapon.

Make Duris pay your debt by threatening or killing him

Spare him the debt and leave him alone

You can either kill Duris or threaten him by breaking his vases and in both scenarios, he will pay the debt.

In the latter case, Duris will pay the debt and kneel down to beg you to leave him aloneIf you argue with your merchant that double is too much and spare Duris the debt he might help you.

Duris will give you a rare sword in return to your help.

Kornith’s The Monger has to be dealt with in the quest Monger down but you are faced with a difficult choice.

You can either please Anthousa or Brasida and not both of them and the choices you have to make are different too.

Choices for The Monger

If you take the Monger secretly you do not have to kill him instead of that you can spare him from the punishment and gain his trust.

The monger will reveal the evidence about a king and that evidence will help you to condemn the king in your future quest.

This is a wise choice since this can help you in achieving the best ending possible as after condemning the king you will regain your citizenship in Sparta making it easier for you to kill the next opponent.

The Wolf of Sparta

You will face yet another choice of either killing the wolf or sparing him both these choices have different consequences and only one leads to a happy ending.

Choices of the wolf of Sparta

If you decide to kill the wolf you will not have to face any battle the wolf will just be dead. But you will have the issue of Stentor who will fight you to death and your blade will not kill him.

You will come face to face with him in another quest because he will somehow survive the wound you gave him. Even after getting his sword if you do not kill him, you will have a questline that will involve both the stentor and the wolf.

This quest will pose you with two choices that will either give access to an immortal gauntlet or just help you to kill Chrysis.

Both of these has its own advantages but is up to you to choose the best choice that will help you have a happy ending in the Assasin’s Creed: Odyssey

Choices of Ashes to Ashes

If you make the decision to save the baby then you will have access to a nearby quest which will ultimately help you in killing Chrysis and the name of the quest is Death comes for all.

To kill or spare Stentor

When you advance to other levels and quests you will be given a choice either to kill or spare the Stentor. You will either be able to get the cultist clue or you can see him in the next story if you decide to spare him.

Choices about the Stentor

Kill the StentorLet Stentor live for another quest

The consequence of the choices

You will have a lot of choices to deal with the small odyssey and it will not be an easy choice and one mistake can make her leave you or get mad at you. If you do not want either of it then you can just go about these other options available to deal with her

Choices of the small Odyssey

Consequences of each of those choices

The cyclops thugs will attack your house and you will be left with choices to save yourself or other possible scenarios that you can think of. Then you should read the following scenarios and its consequences to make the right decision in this role-playing game

Choices for the Cyclops thugs

The consequence of the choices

You will come face to face with Pythia when Alexios captures her and you will have the chance to interrogate her for the information that you need. You still have the choice when it comes to interrogation you either use the easy way or the hard way. You can also consider the consequences of your ac odyssey choices.

Choices for the Pythia Interrogation

The escape from the Athens

If you want to speak with Phidias then you will have to face the many choices that will be in front of you and if you make a wrong decision it can cost you your life.

Choices to escape from the Athens

Consequences of your choices

These choices will come up when you have a witness with you and you are forced to make the right decision without the Assassin’s creed odyssey consequences.

Choices for the citizen test

This is one of the side quests in Messara and you will have to make the right decision to be able to find out the required information. You can either choose to just take him down or try to get tge information before you do so

Choices for the Swordfish

You will be faced with the choices only after you have defeated the Minotaur and you can lie to the kid about his father’s death but you will have to make the right decision to get to the happy ending.

Choices for the Minotaur

Since this is a story mission you cannot miss this and your choice is valuable to take the game to its happy ending, therefore, be wise while making a choice

Choices for the Athens last hope

Sokrates will say that he will stay behind because none of the choices will make him change his mind about it. Regardless of the choices, you make Aspasia will give you the information that you were looking for

These are some of the choices that you will come across while playing the Assassin’s Creed: Odyssey since you have also been given the consequences of the decision you make you can proceed for a happy ending

How to have the best Assassin’s Creed happy ending?

You might want to know about the assassin’s creed odyssey best ending therefore here are certain aspects that you should consider while you play the game. The ultimate goal is to reunite the family and bring them as a whole at the end and you can do the following things

Now you can confidently make the right choices since you know the consequences of most of the choices discussed above.

You can simply analyze the complications of your choice and choose the right one to conclude the Assassin’s Creed: Odyssey to a happy ending.

If you are someone who wants the game to end perfectly then you can follow the points mentioned above and also go through the important points that can be crucial to be successful in the quests.