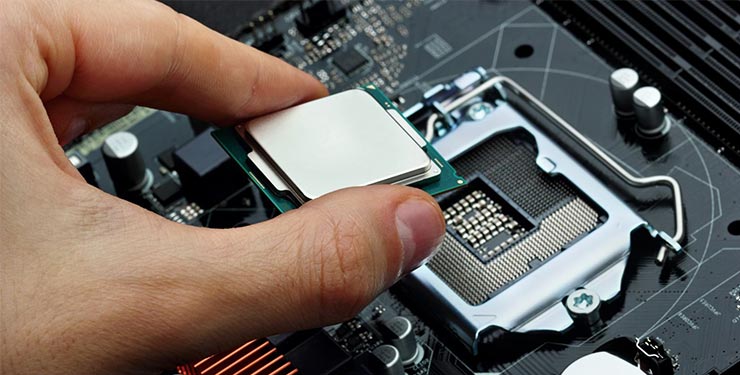 AMD is known for making best CPU’s and other computer peripherals. When it comes to gaming and programming AM3+ CPU’s are popular and widely spread and therefore, even when we have new processor in the market like Ryzen, it is still being used by millions.

The AM3+ CPU’s provide you with the best possible speeds but while choosing a CPU for yourself you have to be a little cautious. Spending your money in a CPU that can’t go well with your needs is a total waste of money and so we have come up with the list of best AM3+ CPU’s in this article.

Best AM3+ CPU for Gaming

The first one in our list is the AMD FX 8350. This CPU is well known for its eight core processors and works with AMD overdrive for providing overclocking from 4 to 4.2 GHz when using high end applications. The processor remains cool and don’t burn out even when used for long duration.

Depending upon the power you need from the CPU, it also works on 4 or 6 cores at a time for preventing it from overheating. With the virtualization feature, you get the option to identify unique applications that works at a time.

You also get the security feature that helps you to enable security for many different applications and also controlling the overclocking on what applications being used! For accelerating the content, you can use the 128-bit floating point engine but at the same time for AVX instructions 256 bit can also be used.

With just a 16-bit link, you can work at 5600MT/s and push more content movements. The CPU built design if firm and therefore, the CPU works well even if the setup quality is not good and remains cool enough for further actions.

The design of AMD FX-8370 is comfortable to run your PC quite fast. The CPU has four 2MB L2 cache and an 8MB L3 cache to keep the functions running smooth.

The CPU comes with a AMD Wraith cooler that produces much lesser noise than the previous versions. The one of the most used feature in today’s CPU are the backlit, even used in keyboards and mouse and certainly it grabs a lot of attention. The cooler also features a fan shroud for its protection.

The CPU comes with a standard encryption to keep your data protected and keep the programs running without any delay.

This processor can handle more data at a time with its 8 GB/s HyperTransport I/O bandwidth but once you use it with 3.0 HyperTransport then it can go upto 15 GB/s.

The Vishera models of AMD also comes with AM3+ CPU’s for multi-task performing PC’s. The AMD FX 8300 Vishera is one of the top models of Vishera series that is fully unlocked and has 8 core processor.

The 64 bit keeps your work intact and 4 L2 2MB cache works well together with the 8MB L3 cache.

For keeping the CPU power intact, you can use the 3.3 GHz speed but at the same time for higher speeds you can easily overclock it to 4.2 GHz. This feature is awesome for the high end gaming experience and advanced multimedia application.

Reporting faster content is a necessary feature when you need a faster processor. Two DDR3 1866 memory channels and eight threads are provided for faster reporting and for managing unique content.

The AMD FX 6300 is an old model of Vishera that consists of 6 cores and mainly focuses on video processing and 3D modelling. This processor has 16 sub cache that makes it fast in data handling.

For faster downloads and actions at a time, it is equipped with 30 GB/s memory bandwidth. The extensive performance what is generates is due to the standard design and heavy floating point calculations it uses.

Advanced Vector Extensions (AVX) identifies the parallel functions required and moves it forward to the other peripherals of the computer.

Thanks to its enhanced encryption which allows you to use TrueCrypt or other programs for security purposes. With the advanced scheduling feature, it becomes easier to prioritize which programs to be loaded first.

The AMD FX 4300 uses clock multiplier for reviewing whether you require overclocking for a certain function or not. It is easy to set up the overclocking so that you can use it only for specific programmes and work on which it is required.

You can configure the processes easily and even make the units quiet. The L2 cache can be moved to the L3 cache for better performance when work load is higher.

The 29.9GB/s memory bandwidth on the DDR3-1866 memory is the highest that you can utilize. This CPU is best fit to work with small computers which requires low voltage.

You can use this CPU better even if you are on low memory set up. Overall, you can work on dual core functions depending upon the amount of work required.

This AMD CPU comes with a Turbo Core system that can produce more speed for extra work. You can boost up the performance up to 900 MHz depending upon the amount of work required on your PC at once.

The Bulldozer architecture framework builds up the core communication for multiple tasks to go well at the same time.

The core execution usefulness involves ensuring your input is pushing ahead in almost no time. The extraordinary working recurrence of 3.1 GHz guarantees that you’ll have more force.

What is a CPU?

It is always better to know about a product and what is does, before you buy it for yourself. CPU stands for Central Processing Unit, it stores and review the program and then sends instruction for its processing. All the logic and control functions are analysed by the CPU.

Your computer needs a fast CPU for carrying our different functions fast and AM3+ CPU is best option to consider.

If you have used AMD processors, you must be knowing that AMD used to produce the AM3 CPU’s. AM3+ is the modified version of its predecessor and utilizes AMD Bulldozer microarchitecture. Let’s check out the differences between AM3 and AM3+

Installation of CPU is one of the thing that varies from CPU to CPU. In most of the cases, you have to do go with the below installation process.

How can you read the name of the CPU?

Every AM3+ CPU features some technical name like FX 8350. Here, FX stands for the FX series that is produced by AMD. The letters are arranged in this order so that a person can identify which series a CPU belongs to.

The first number i.e. 8 on this FX 8350, stands for a particular generation. For example, the FX 7350 show that the CPU is of seventh generation and therefore FX 8350 means that this one from the eighth generation of AMD processors.

The last three numbers show the overall performance and specifications of the CPU. The higher the number, the more powerful the CPU is but at the same time you have think about how well a CPU can be best for you needs.

It is possible that the CPU that comes for gaming can be good at gaming UI and al but at the same time it can struggle for your programming needs.

Features you must consider while buying

The features of a CPU tell you how well a CPU can be good for all your needs? It also reflects how powerful it is?

The cores are the most important thing to consider when you are buying a CPU. The cores show us how many processors that a CPU has and how fast it can work?

Each core performs multiple tasks for a system and most of the CPU’s operates on 4 cores. However, if you are looking for high end performance then you must have a six or eight core processor.

The total number of processes that a core can perform at a time is known as threads. Suppose you have eight core CPU then it can perform well even you are doing eight different works at a time.

There are some CPU’s that support multiple threading. Multithreading basically means that one core can perform 2-3 jobs at a time.

You much have heard about cache a lot of times in your life, but do you know, what does it mean in your CPU? I bet, most of you have no idea about what cache does?

The cache measures the amount of data that a CPU can transfer over to RAM and is measured in Megabytes. The higher the cache number, the more data can move once.

The moment you start working on your CPU, it will start heating. So, make sure that your CPU has cooling feature that takes out heat easily from the inside of the CPU cabinet. AM3+, however, produces less heat but still you need a cooling fan that can prevent it from any overheating damage.

You may need to take care of other cooling features too. Make sure that your CPU is well ventilates and there is enough room for fans to take out the heat out of the CPU.

Check the cable and ensure that it is getting the required power that it needs for better performance.

The performance of the CPU also depends upon the software that comes with the CPU. First, place the CPU to the motherboard and then install the software.

This software can let to control the functions of the CPU and can also help you set up the overclocking.

The motherboard is the part of the computer with which your computer can’t work. Therefore, while choosing the motherboard for your CPU, you need to be more cautious. All motherboards don’t support the design of the AM3+ CPU.

The first thing that you have to check in a motherboard is the 0.51mm pin socket that ensures the CPU can fit in your board.

The AM3+ CPU’s from AMD is a great to use when you need all your gaming and programming actions to be handled well. The moment you need a CPU, you need to know about what are the works that you be doing with your PC and what speed you really need?

As far as our recommendation is concerned, AMD FX-8350 is the best CPU that can do multiple work at the same time with its powerful cores. They are also designed in such a way that it is easy to install and controlling more work without any lag.